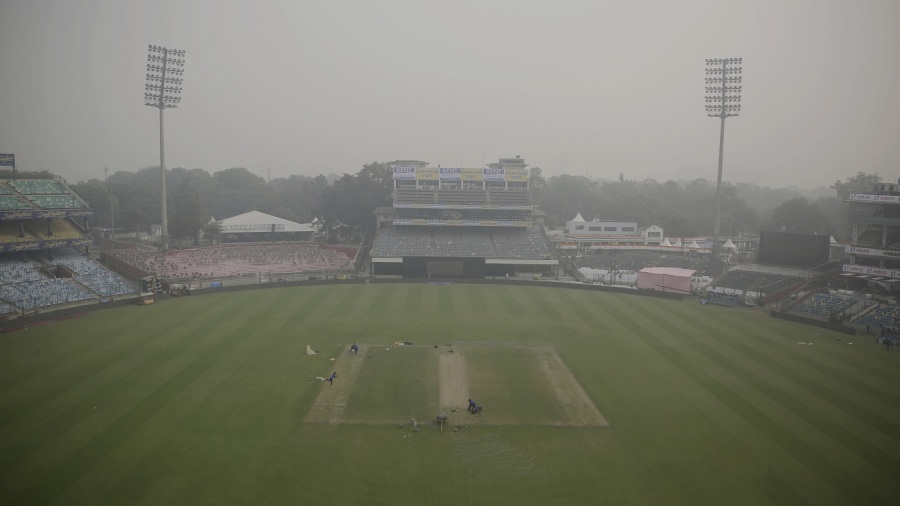 The Firoz Shah Kotla was covered in smog ahead of the India-Bangladesh T20I, Delhi, November 1, 2019 © Associated Press